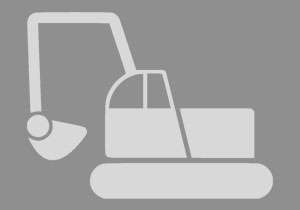 U.S.-manufactured agricultural equipment exports dropped 6% in 2013 for a total of $12 billion, according to data from the U.S. Commerce Department.

The reported drop is a continuation of a trend, a trend that follows three years of export growth.

So why is the decline happening?

In Brazil, rising costs and slumping crop prices were the culprits for the fall in exports.

In addition, central bankers in Brazil carried out the steepest rate increases among major economies to tame inflation, he said.

Add to the fact that rising costs to finance farm-machinery purchases in 2014 will follow a 40% plunge in international corn prices in the past year and an 18% decline for soybeans.

However, the U.S. equipment export situation for Argentina is a little brighter than in Brazil.

Here’s why: The area has experienced a good rain season in 2012 following the 2011 drought, in addition to solid international commodity prices.

The U.S. market, according to industry experts, is expected to be down next year from 5% to 10% due to the expected lower commodity prices and changes in tax and depreciation incentives that have gone away in 2014.

With things on a downward spiral, there’s no better time than now to get the used farm equipment you need at a steal-of-a-deal.

Here at EHE we can help make that happen.

Here are the main reason why:  EHE is the most competitive wholesaler of used heavy construction equipment, meaning we offer “true” wholesale pricing on all of our heavy equipment.

Our services, solutions and the security measures we’ve put in place to reduce the risk of purchasing stolen equipment has made us one of the most trusted companies in the used heavy equipment market.

How to Determine the Value of Used Equipment
April 21, 2021
2021 Outlook on Used Construction Equipment Pricing
March 15, 2021
Why You Can’t Afford Not to Buy Used Machinery through EHE
December 7, 2017